The Augment System was introduced with Update 1.8 “The Venetian Agenda”. It allows players to further develop and personalize your character’s abilities.

Augments have to be attached to equipped active abilities to work. Three of them increase your statistics (attack power, heal rating and health), all the others modify the ability they are attached to. This is done by either increasing the effect of the ability (increased critical rate, barrier duration, …) or by triggering an effect every time the ability is used.

There are four types of augments: Damage, Support, Healing and Survivability. Only one augment can be attached to an ability, although they can be freely exchanged. An augment can only be attached to one ability at one time. What type of augments can be attached to a specific ability is indicated by the empty augment slot above the ability. The type correlates with the function of the ability. A damage ability such as Bloodshot only allows Damage Augments. Other abilities allow two or even three different types of augments. Auxiliary weapon abilities cannot be augmented. 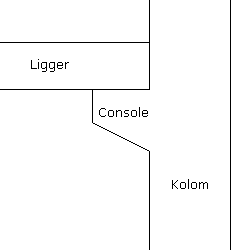 The Augment System is activated during the mission The Machine (finishing the mission is not a requirement). Issue 8 is not necessary to activate the system and neither is progressing the story up to the point that you enter the Sunken Library.

The Augment System requires a large amount of AP and SP, so players who have all the abilities they wish and are not interested in completing any additional decks are recommended to make a quick trip to Venice and activate the system.

The fastest way is to jump down next to the Agartha entrance to Seoul; you will end up right in front of the entrance to The Sunken Library. The console that grants the The Machine mission is at the end of the Library. You will have to activate a scenario (if you do not have issue 8 only “The Hotel” will be available) at the console. Next you will have to enter one of the special rooms; once you do the augment system will be available.

The Augment System adds 4 new skill lines to spend Skill points on, corresponding to the different types of augments.

Each skill line has 5 tiers, each of them requires 30 points to unlock, requiring a total of 600 SP to clear completely.

Each time you buy a skill you maximum AP will increase. With a first tier skill maximum AP is increased by 5, the second by 15, the third by 30, the fourth by 55 and the final by 85. This means that with all Augment Skills purchased you will be able to have up to 515 AP. Once you have the attuned resonator and he required Augment Skill you can learn the Augment by clicking on it and paying the required quantity of AP points. The Augment will then be added to the Augment Wheel from where you will be able to assign it to and equipped active ability. Each augment you acquire starts at QL1 but it can be upgraded up to QL5, increasing its effect. Upgrades have to happen in a consecutive order, so you cannot directly upgrade to level 5. To upgrade an augment you need the attuned resonator with the QL you are upgrading it to. In order to get this resonator you need a specific number of QL1 attuned resonators of the augment you want to upgrade and an Augment Amplifier Kit for that level.

Once you have the Attuned Resonator of the level you need and the required skill level you can click on the Resonator and, after paying the AP cost, you augment will upgrade.

The AP necesary to harmonize and upgrade Augments are listed below, plus the AP necessary to upgrade one augment to QL5.

According to the developers, the Augment System is aimed at high end long term players, completing the augment system is in no way necessary to be able to access and beat content released after issue 8.